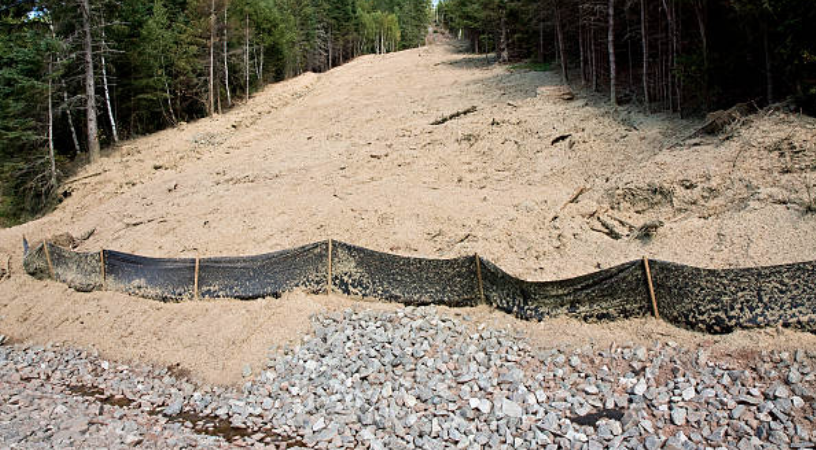 The term ‘erosion’ describes the process of a material or substance being gradually destroyed by an external force. In the dental industry, chemicals erode the enamel or tissue in the mouth. In construction, the culprits are normally water, wind, and other natural occurrences (annoyingly, things we can’t avoid!).

As a geological process, it’s one that contractors and other professionals need to take seriously. When learning about erosion, you might see the term ‘weathering’, and this is a similar process. Essentially, weathering breaks down and disintegrates rock and other materials while erosion carries it away from the original location.

With everything discussed so far, you’ve probably guessed that erosion is something you want to avoid. Whether a builder, a homeowner, or another party involved in building/renovating a home, erosion control is a pivotal part of the planning process. Even in commercial projects, it’s important to remember erosion control to prevent problems many years later.

In this guide, you’ve probably noticed that there’s an emphasis on construction. However, erosion control is a process used in coastal areas, agriculture, riverbanks, land development, and many other niches. Ultimately, the goal comes in two forms. Wherever possible, the aim is to prevent erosion. Where this isn’t possible, the focus switches to controlling and limiting damage rather than preventing it.

If water gets into a structure during the building phase, it has the potential to cause all sorts of issues in the future. The structural integrity of the building is affected, and it could put future inhabitants in danger. Therefore, builders and other contractors should consider solutions to prevent erosion for the new structure and the whole site.

When project leaders consider erosion control methods, they often think of the cost involved in implementing a plan. Instead, it acts as an investment because it prevents problems that have the potential to cost significantly more. Also, the good news is that manufacturers are always investing inefficient products and solutions for services in this field.

These days, French drains are one of the most common forms of erosion control you’re likely to encounter. If you haven’t seen these previously, the idea is to lay a trench that carries water away from a property. Rather than allowing water to sit up against the home, you create an underground piping system where water is carried away and held in a safer space. With modern systems, the water then sits in a container and is reabsorbed over time.

Elsewhere, you may have seen silt fences on a construction site. As well as cordoning off a section of the site, silt fences act as a barrier to control dust. Where dust is present, so too is the risk of wind erosion and other issues. Thankfully, a silt fence prevents dust from spreading across the site.

As a third example, fiber rolls are often used for not only erosion control but also sediment control. With this measure, it protects the water quality in local rivers, streams, ponds, and lakes.